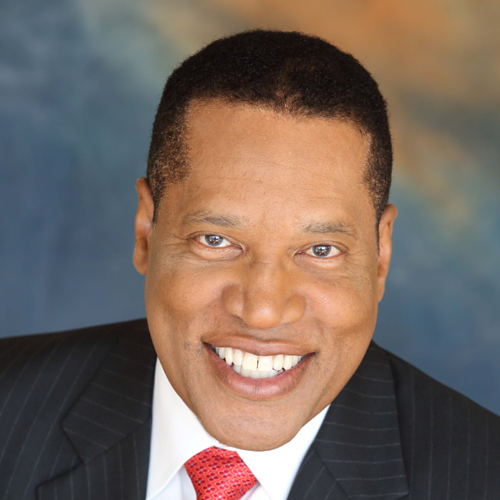 In 2021, he ran for Governor of California in a special recall election, receiving 3.5 million votes, more than the 45 other replacement candidates combined.

Executive producer of the 2020 documentary, “Uncle Tom: An Oral History of the Black Conservative,” Larry is the recipient of a star on the Hollywood Walk of Fame.

A New York Times bestseller, his latest book, Dear Father, Dear Son: Two Lives, Eight Hours, is a personal story of about his dad, who grew up fatherless in the Jim Crow South and was kicked out of his house at 13 years old at the beginning of the great Depression.

He has a B.A in Political Science from Brown University, 1974; and a law degree from University of Michigan School of Law, 1977.